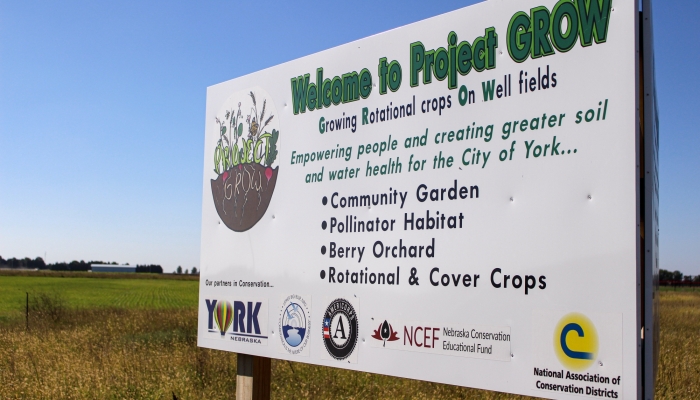 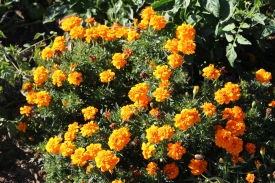 In 2008, the City of York purchased 400 acres of farm ground east of the city. The property was developed into what is now the City of York Wellfield. In the summer of 2017, the Upper Big Blue Natural Resources District approached the City of York with an idea for improving soil health which would in turn protect the city’s drinking water: Project GROW (Growing Rotational crops On Wellfield).

Project GROW focuses on 160 acres of the total 400-acre wellfield and includes demonstration fields, community garden plots, a berry orchard, and an extensive pollinator habitat. Using no-till, diverse cover crops, and proven crop rotations, the project seeks to improve soil health, decrease soil erosion, and improve water holding capacity, all while maintaining profitability. One of the main goals of the project is to improve the quality of the drinking water produced from the wellfield, as a healthy soil acts as a filtering system to the aquifer and decreases nitrogen leaching and contamination.

The Project GROW plot is located just east of the new ball field complex in York, close to the intersection of 12th Street and Road N. 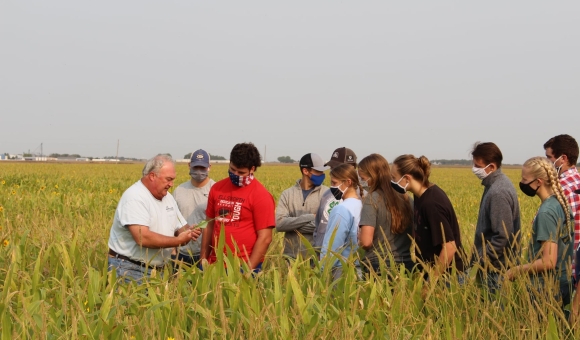 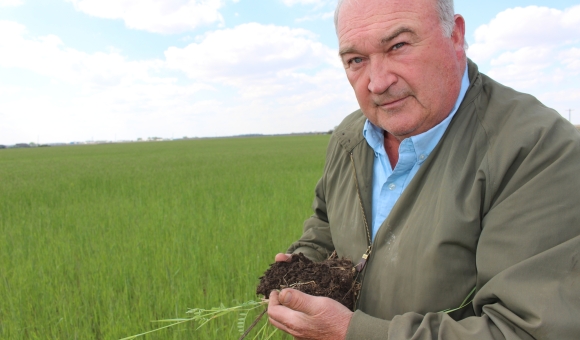 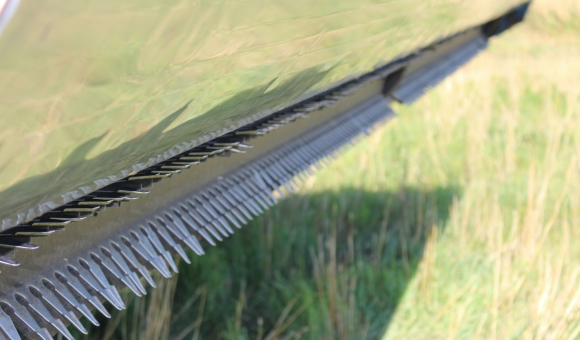 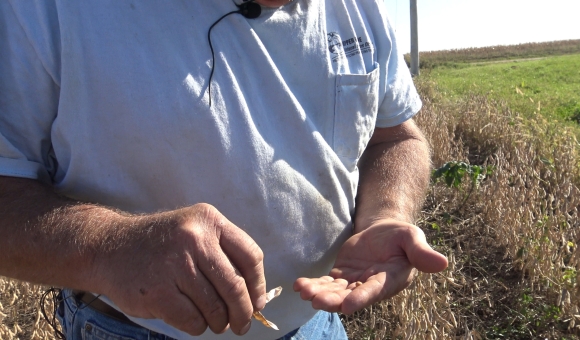 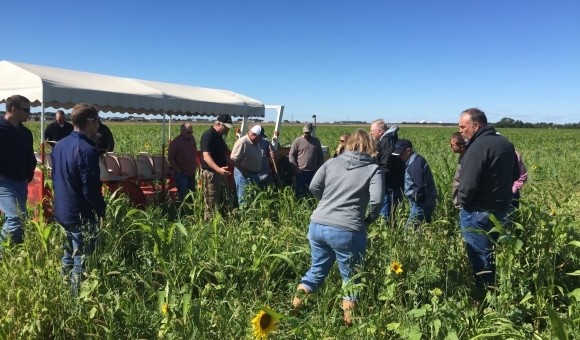 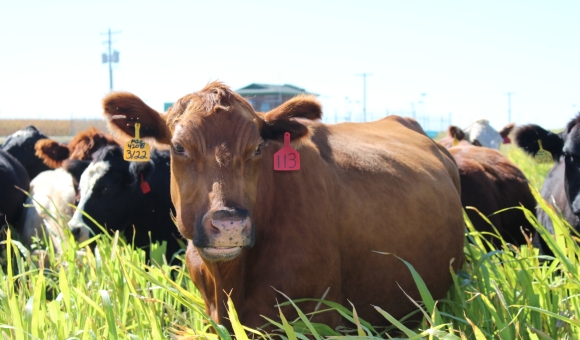 Why is the garden important to the whole project?

Community gardens in urbanized areas help supplement individual needs for locally grown food. The plot for the garden allows for unlimited expansion, which over time will provide a resource for the community. The garden allows for a space for members of the community from all different backgrounds to gather. It’s a space that school programs and Future Farmers of America (FFA) can utilize for their educational events and projects, and provides another space for people to gather outside.

Who can be involved?

We welcome all members of the community to be potential gardeners. We have 12 plots that are 20’ by 15’. If you need financial assistance to cover the deposit or the water use fee, please indicate that on your application.

What does it take to be involved?

If you are interested in reserving a garden plot at the Project GROW Community Garden, please fill out the Gardener Interest Form or complete the Garden Application and Contract found here and return both along with your garden deposit and water use fee to the NRD Office.

Soil Health and the Wellfield

To provide quality drinking water for its municipal population, the City of York purchased 400 acres of farm ground east of the city in 2008. The property was developed into what is now the York Wellfield. The city has relied on the agricultural revenue from this property to offset the costs of the wellfield development.

Project GROW will change the current conditions on 160 acres of the total 400, by using no-till, cover crops, and unconventional crop rotations to improve soil health, increase water infiltration, decrease soil erosion, and improve profitability.
At the beginning of October, the UBB NRD will take a soil sample.

What is soil health?

Soil health is defined as the capacity of soil to function as a vital living ecosystem that sustains plants, animals, and humans.  Soil contains living organisms that when provided the basic necessities of life—food, shelter and water—perform functions required to produce food and fiber.

Why is soil health important?

Healthy soil does not contain vertical layers, but rather soil aggregates (macro pores) that are horizontal throughout the soil root zone. These aggregates allow for moisture to infiltrate to roots and other living organisms in the soil. A healthy soil can be compared to a sponge in that it has pore space for storing air and water.

How are we going to achieve healthier soil on the wellfield?

What caused the wellfield soil to be unhealthy?

One reason is a lack of diversity of the crops that had been planted on the wellfield prior to the NRD engagement.  Also, there were plants growing on the wellfield for only four to five months out of the total growing season. This fallow period for the remainder of the growing season could not feed the microbial population in the soil. Soil is a living resource and needs to be fed to be healthy and productive.

Why is it important to make sure that soil is healthy on the wellfield?

An obvious answer is that the wells located on the wellfield that supply the City of York drinking water need to produce water from the aquifer that is clean of contaminants, mainly nitrates. Healthy soil acts as a filtering system having a diverse plant population growing with expansive root systems that uses the nitrogen for growth and can “tie up” excess nitrogen in the root zone so it cannot leach into the aquifer.

Cover crops may be an off-season crop planted after harvesting the cash crop.  Cover crops are proven to:

The Upper Big Blue NRD offers several cost-share programs to make cover crops more accessible to producers. Please contact Dan Leininger at the NRD to determine which program best suits your needs and operation. Call Dan at (402) 362-6601 or email him at dleininger@upperbigblue.org.

One of the unique features of Project GROW is the NRD-planted berry and fruit orchard. The Upper Big Blue NRD is planning to maintain a perennial orchard of blueberries, blackberries and raspberries. Although several species of berries are native to Nebraska, these three berries will be a primary focus. The orchard is located on the west side of the Community Garden plots. The harvesting of the berries will be done by the general public. The orchard also includes apples and grapes. 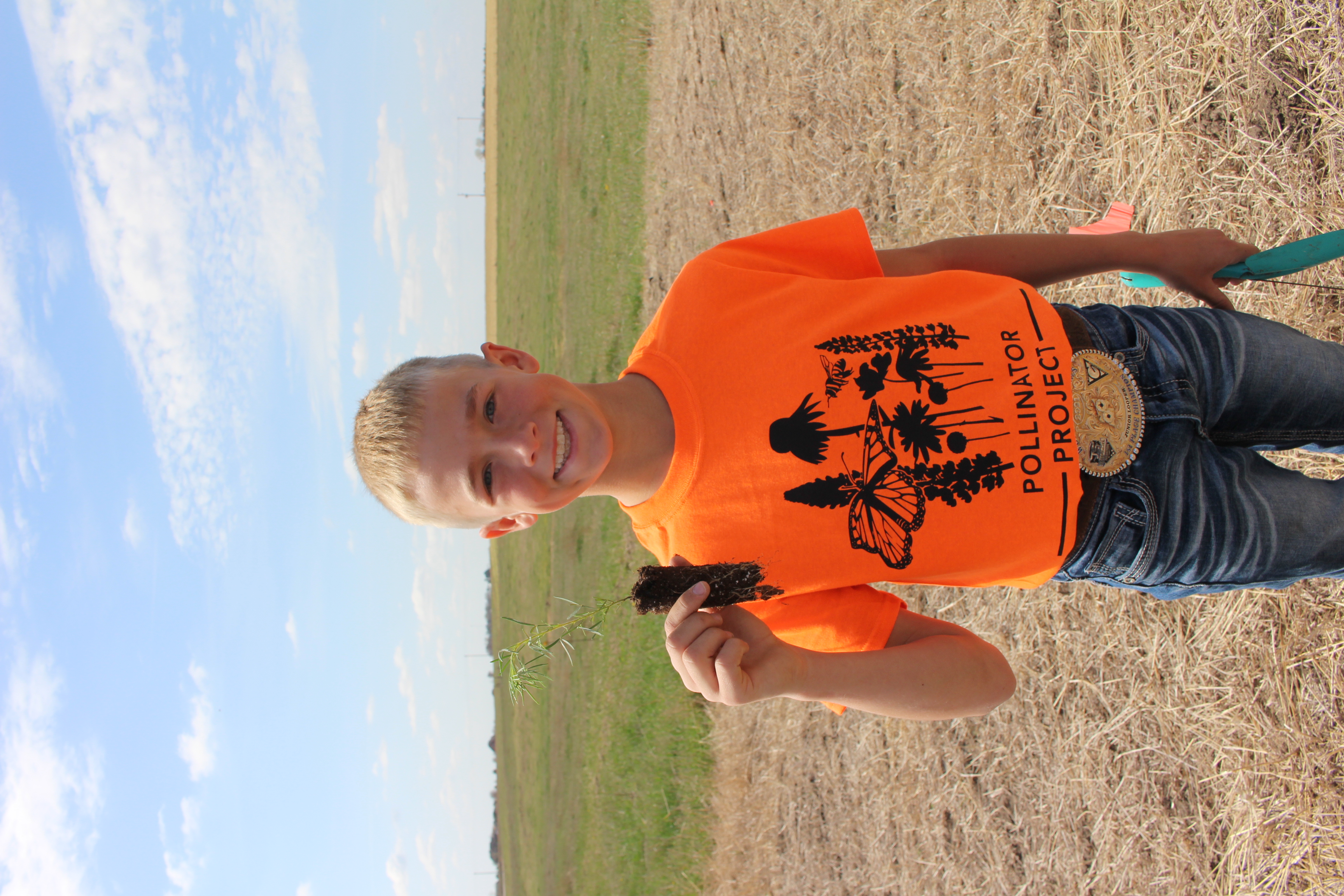 What is a pollinator?

Why is it important?

Where is it located?

The pollinator habitat extension is an important part of this project. It is located to the east of the north field. In addition to being a safe haven for pollinators, the habitat is a great resource that schools can utilize in their educational programs.